Casein kinase 1 are multifunctional serine/threonine protein kinases present in all eukaryotic organisms from yeast to humans. Members of this family have recently been described in various protozoan organisms. Molecular biological studies in Trypanosoma cruzi led to the identification of two genes encoding the CK1 homologues TcCK1.1 and TcCK1.2. It has been suggested that these kinases play a role in parasite–host interaction, perhaps by phosphorylating host proteins to facilitate the invasion process. We are characterizing the recombinant form of the TcCK1 enzymes, and using computational screening (in silico) methods to identify inhibitors. 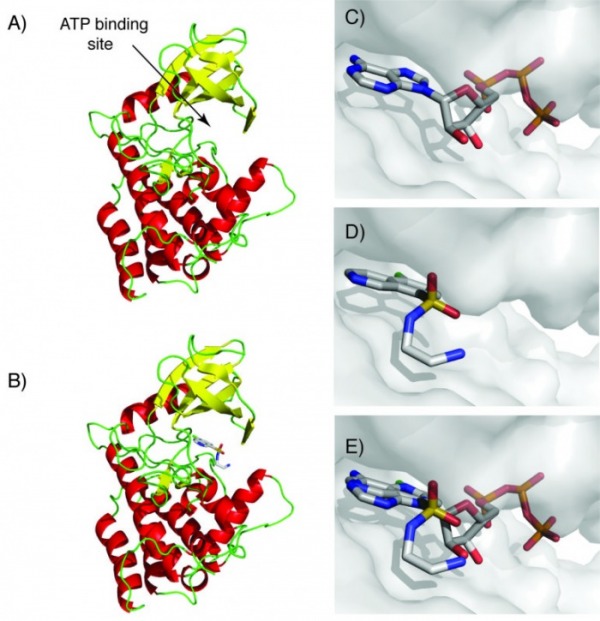